PA Route 51 to I-376 of the Mon/Fayette Expressway 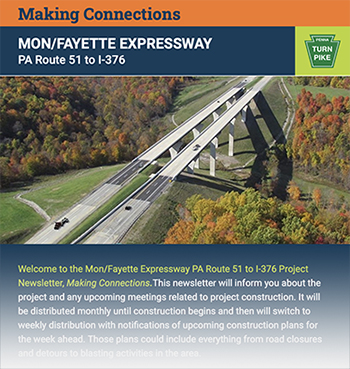 Get the latest information on upcoming meetings and project construction updates. 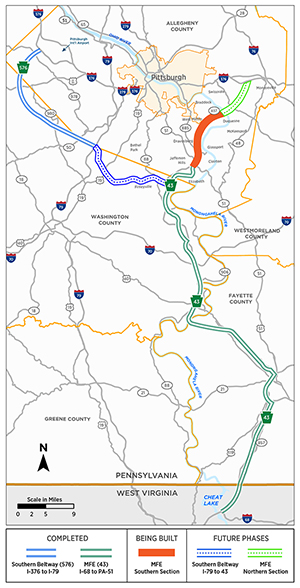 The first section being constructed is south of the Monongahela River, which is an eight-mile stretch between PA Route 51 in Jefferson Hills Borough to PA Route 837 in the City of Duquesne, Allegheny County.

Due to the size and scope of this southern section, it has been broken into seven construction sections, which will include areas within Jefferson Hills Borough, West Mifflin Borough, Dravosburg, the City of Clairton and the City of Duquesne.

The PTC awarded the first construction contract in January 2023. All construction information can be found under ‘Construction Details’ and by also using the project map below.

As the sections with tolling points are completed, they will be opened to traffic. The estimated timeline for each construction section is listed below.

When construction of both the southern and northern sections of the PA Route 51 to I-376 Project is complete, the Mon/Fayette Expressway will allow traffic to travel 68 miles from I-68 near Morgantown, West Virginia to I-376 in Monroeville, Allegheny County.

The southern section of the Mon/Fayette PA Route 51 to I-376 Project is divided into seven construction sections. Construction of the first section (53A1) could begin in early 2023.  Construction on the remaining sections will continue and sections of the roadway will open as interchanges are completed and toll points are put in place.

Below is a brief description and map of the seven sections.

Below is an estimated timeline for the construction phase of each of the seven sections of the PA Route 51 to PA Route 837 Project. Section 53EA involves the installation of dynamic message signs to provide traffic updates on PA Route 51 and the existing Mon/Fayette Expressway. 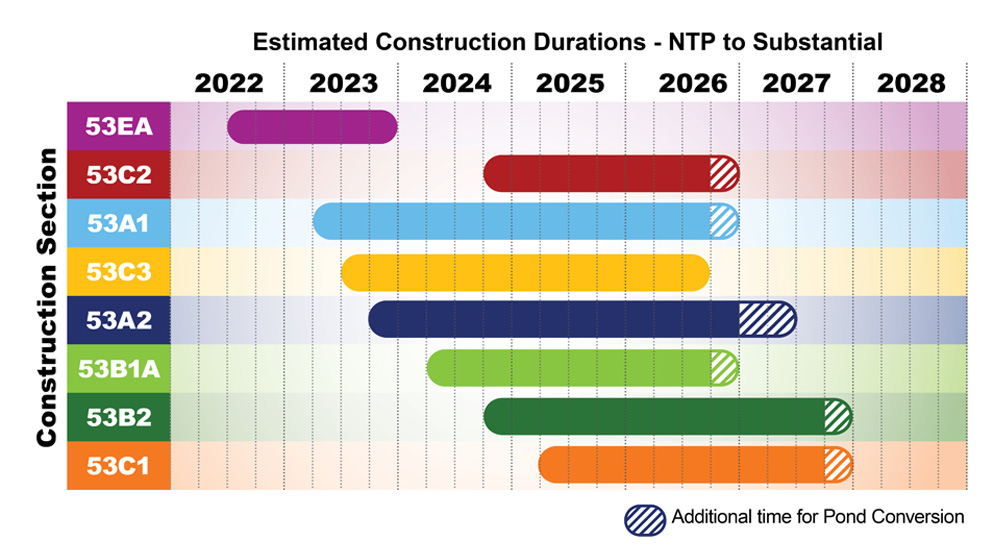 As funding becomes available, the remaining six miles of the Mon/Fayette Expressway, known as the northern section, will be constructed and eventually connect to Monroeville in Allegheny County.