This project involves the widening and reconstruction of four miles of the Pennsylvania Turnpike from the Route 29 Interchange (Milepost 320) to the Valley Forge Service Plaza (Milepost 324) in Tredyffrin Township, Chester County. The existing four-lane roadway with a 10-foot median and 12-foot wide shoulders will be converted into a six-lane facility with three 12-foot travel lanes in each direction, a 26-foot median and 12-foot wide outside shoulders. The project also includes the replacement of four mainline bridges carrying the Turnpike over local roads, lengthening of culverts, construction of sound barriers, and the construction of stormwater management facilities and other drainage improvements throughout the project limits.

The original project limits extended from the Route 29 Interchange (Milepost 320) to the Valley Forge Interchange (Milepost 326). The project was delayed for several years due to litigation between Trout Unlimited and the National Parks Conservation Association (both private entities) vs the Pennsylvania Turnpike Commission (PTC) concerning the approved NPDES permit as well as litigation between Trout Unlimited vs the PTC and Tredyffrin Township for a settlement agreement. This litigation has since been resolved.

Due to the delay in project implementation as a result of the appeals, the PTC needed to update the construction cost estimate and construction schedule as they had not been revisited since 2015. The most recent cost estimate for the entire 6 mile project is $325 Million and the construction schedule duration is approximately 6-years. It was initially the intent of the PTC to construct this total reconstruction project as one project, however the litigation and the current financial challenges the Commission is faced with have played a significant role in determining this project's overall implementation by now constructing it in phases.

The selected alternative that was arrived at is to break up the 6 mile corridor into two separate construction contracts. The first contract consists of the eastern third of the corridor from the Valley Forge Service Plaza to the Valley Forge Interchange (approximate Milepost 324 to MP 326) located within the Trout Creek watershed. Construction is anticipated to begin in the Fall of 2021 for this section and last until the Summer of 2025.

The second contract will consist of the western two thirds of the corridor from the Route 29 Interchange (Milepost 320) to the Valley Forge Service Plaza (Milepost 324) located within the Valley Creek watershed. The schedule for this project is yet to be determined and will be based on available funding once the first contract is completed. 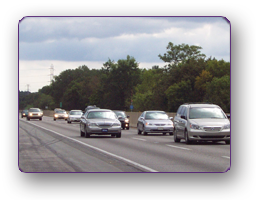