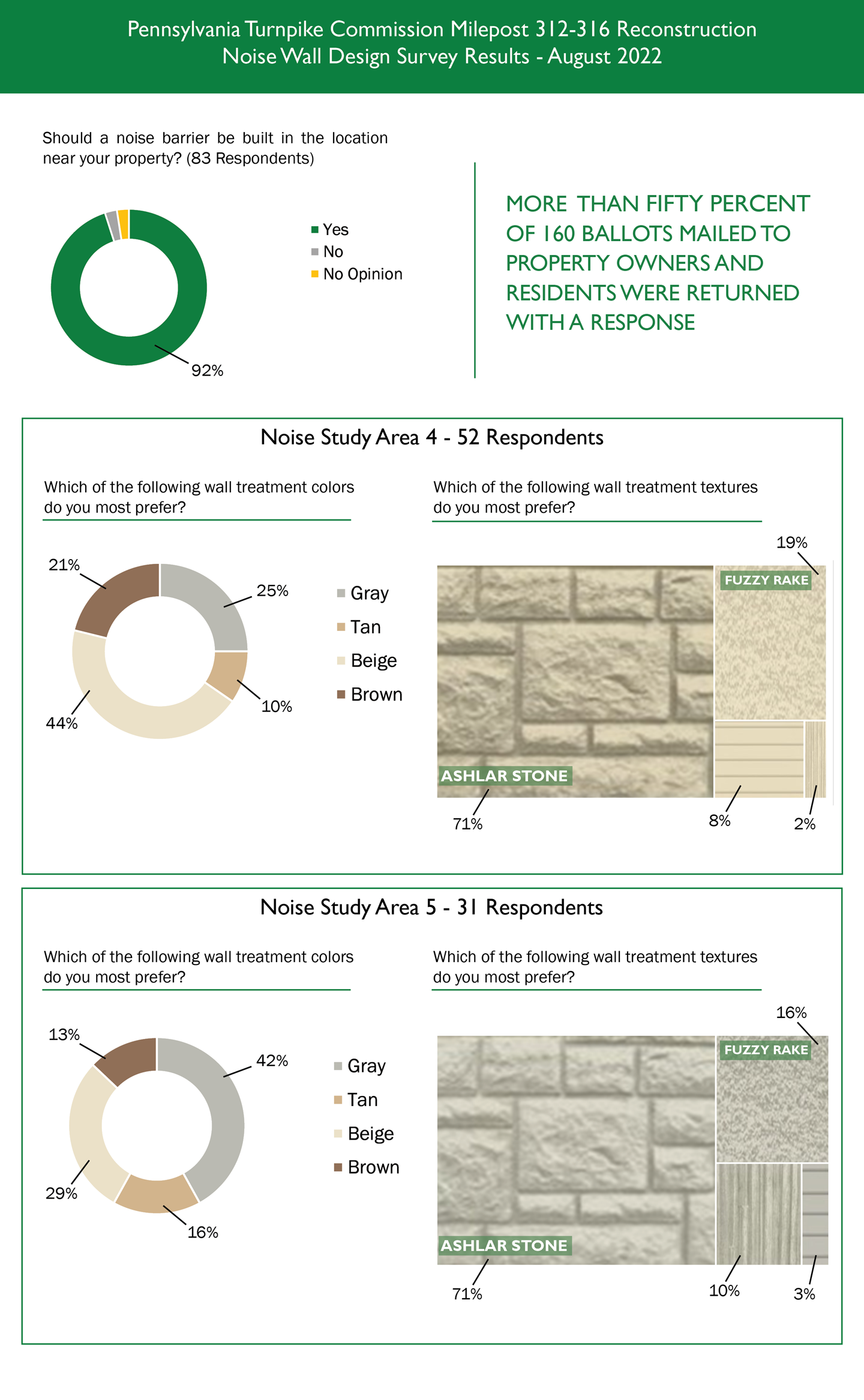 The ashlar stone style in gray or beige was the overwhelming choice of residents who participated in a survey the Pennsylvania Turnpike Commission conducted during the summer. The survey results provided guidance on what texture and color treatments were preferred by Chester County residents who own properties where noise walls are proposed as part of the Milepost 312-316 Reconstruction Project.

Over 80 people participated in the survey. More than 90 percent were in support of a noise barrier being built near their property or residence. Four people had no opinion or rejected the noise barrier but provided their wall design preferences (they are included in the following counts). Color and texture responses and properties were organized by noise study area (NSA): NSA-4 or NSA-5.

Noise abatement walls were determined to be warranted in two areas in the I-76 Milepost 311.60 to Milepost 316.19 project in Chester County based on collected noise measurements and analysis performed by the Commission’s project consultants to predict future noise levels. The Commission is moving to have the noise walls installed as part of the mainline reconstruction project, which is expected to get fully underway in early-second-quarter 2023.

A Noise Analysis Impact Study for the project was updated in 2016. This report describes the methodology and presents the findings of the traffic noise study conducted for the full-depth reconstruction and widening project for the Milepost 311.60 to Milepost 316.19 project. . Noise impacts were identified in two areas and, upon further consideration, it has been determined that noise walls are a reasonable and feasible noise mitigation tool for these areas. Read the Noise Impact Study report here.

This section provides direct access to the maps that show recommended sound barrier locations throughout the Milepost 311.6-316.19 project area. 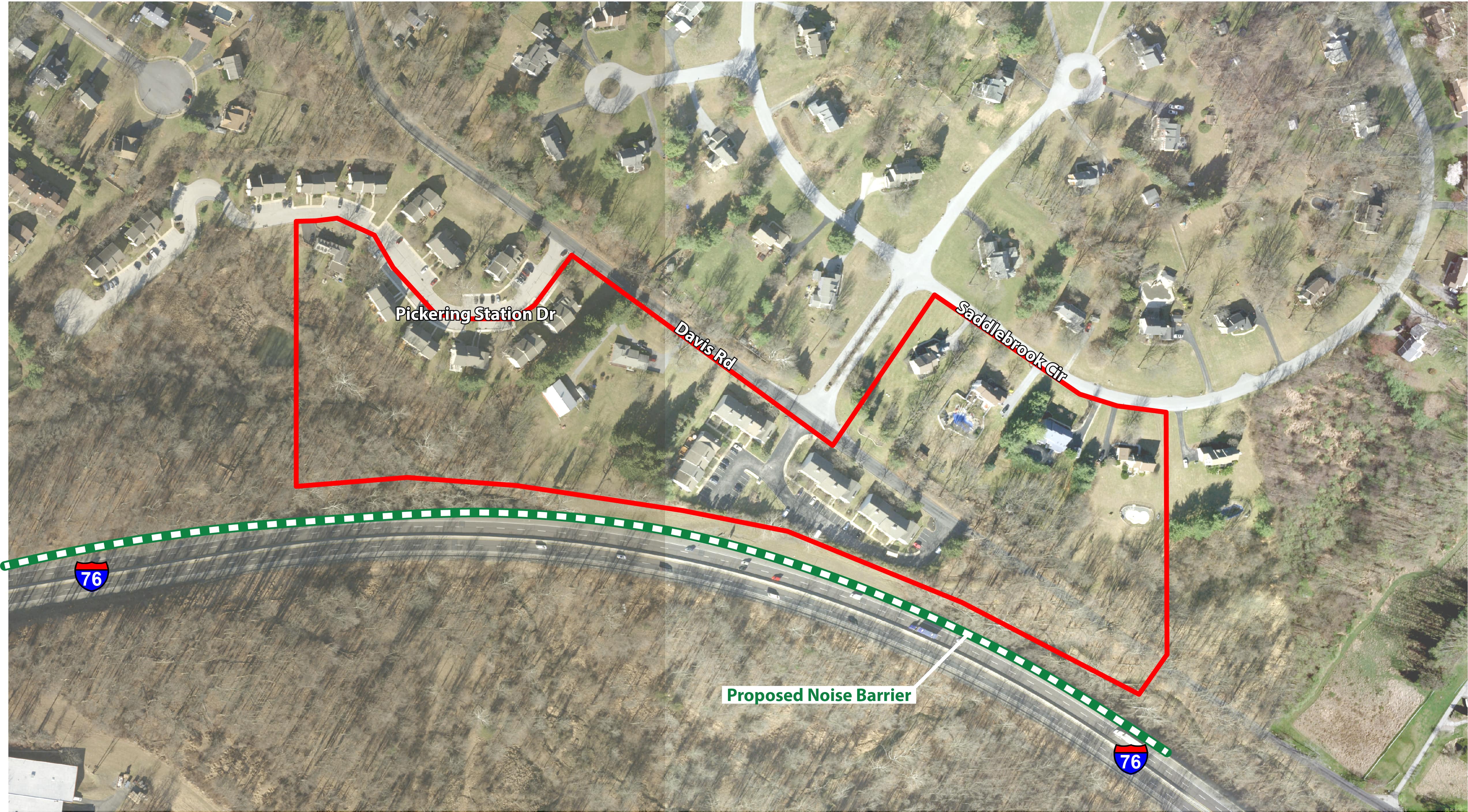 For Further Reading on Noise Impacts

The project team has prepared an informational noise impacts brochure, which includes details about highway noise abatement outreach and processes, and how noise is measured and controlled. Read or download the Noise Impact brochure here.

The Pennsylvania Turnpike Commission hosted an Open House Plans Display on May 8th, 2014 at Great Valley Middle School, 255 Phoenixville Pike, Malvern, PA 19355. Click on the links below to review the materials presented at the display.

Learn about Milepost 312 - 316 Construction and Extension