Improved transportation conditions for the Monongahela River Valley (Mon Valley) have long been a goal of the Commonwealth of Pennsylvania. Initial expressway planning in the 1960s was to serve the Mon Valley's world-ranked industries of steel, coal and coke production. With the economic decline of the Mon Valley in the late 1970s and 1980s, the planning efforts were refocused with the intent that better highway access and mobility would help redevelopment efforts in the area. PA Act 61 of 1985 and Act 26 of 1991 elevated the priority of developing the Mon/Fayette Expressway and Southern Beltway projects.

The latest development for these projects came in 2013 with the passage of a state law that helped increase available funding. The transportation-funding law known as Act 89 provided a new funding stream needed to accelerate progress on the next stage of the Southern Beltway.

The Pennsylvania Turnpike Commission (PTC) followed environmental and planning regulations established under the 1969 National Environmental Policy Act (NEPA), Section 404 of the Federal Clean Water Act, and other federal and state laws in developing the Mon/Fayette Expressway and Southern Beltway projects. These regulations mandate that major transportation projects be developed in an environmentally sensitive manner that addresses input from the public and environmental resource agencies. As a result, a full range of alternatives (including no-build, transit, roadway upgrades and new highways) were considered. Environmental clearances (Records of Decision) have been obtained for all seven Mon/Fayette Expressway and Southern Beltway projects.

Completion of the Mon/Fayette Expressway and Southern Beltway projects will create about 98 miles of new limited-access highways south and west of Pittsburgh in Allegheny, Washington and Fayette counties.

Due to the complexity of building a new 13-mile roadway, the Route 22 to I-79 project had been divided into nine construction sections. The Pennsylvania Turnpike Commission (PTC) has completed seven sections of the project, while the remaining two sections are still being constructed. Details related to each section’s project limits, schedule, roadway alignment, and contact information can be accessed using the map above or the links below. The Southern Beltway was opened to traffic on October 15 of 2021 with restrictions at I-79. Northbound I-79 traffic is able to head west on the Southern Beltway and eastbound traffic on the Southern Beltway will is to head south on I-79. All connections to and from I-79 will be open in 2022. 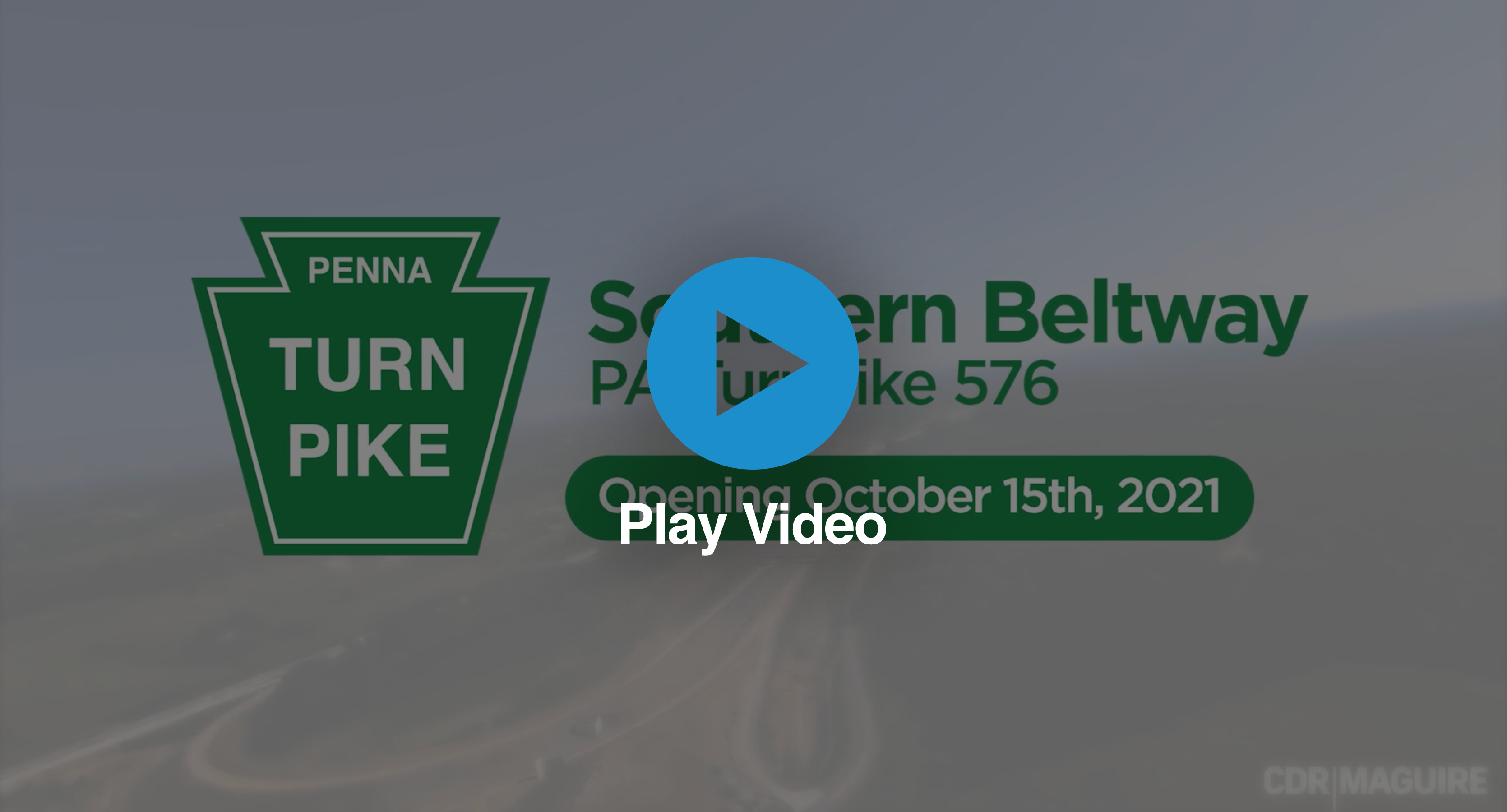 Visit Design & Construction Details for more info about each section

Find out about design and construction details for the Southern Beltway.