This 10 mile Total Reconstruction and Widening Project (Project) of the mainline Pennsylvania Turnpike between Mileposts (MP) 57 to 67 is located in Allegheny and Westmoreland Counties and in the municipalities of Monroeville, Murrysville, Hempfield Township, Penn Township, Manor Borough, Irwin Borough, North Irwin Borough and North Huntingdon Township. The Project will involve widening the Turnpike from two to three lanes in each direction and reconstruction of the Irwin Interchange along with improving the highway to current standards. The Project does not include the Pittsburgh Interchange, Northern Pike or State Route 130. The Project cost estimate is more than $300 million.

Preliminary design for this project began in 2012 and was completed in 2016. Because bridges over the mainline need to be replaced in order to accommodate the wider widths, the replacement of the Trafford Road Bridge over the Turnpike, the Trafford Road Bridge over Lyons Run, and the Lyons Run culvert were advanced as a stand alone project. The final design began in 2015 and construction was completed in 2019.

A second project to repair the slope at Milepost 64.5 was identified. The final design began in 2018 and construction was completed in 2020. The project included the stabilization of an unnamed tributary to Brush Creek that undercut a cross pipe and weakened the slope adjacent to the mainline. The pipe and slope were repaired and will protect the current roadway and allow for the future widening project.

The final design of the mainline widening from Milepost 57 to Milepost 61.5 is currently in progress. Final design phase includes right-of-way acquisition and environmental permitting along with many design efforts including structures, traffic control, utility relocations, roadway, drainage and stormwater management. The start of construction on the mainline is to be determined.

At project completion, the section will consist of 6 travel lanes (3 westbound and 3 eastbound), with a 26-foot median, and 12-foot outside shoulders. 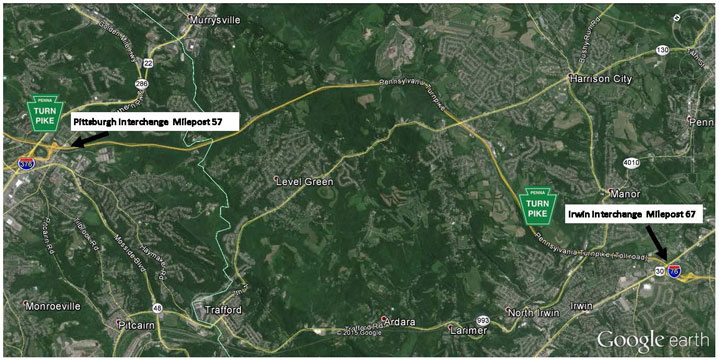 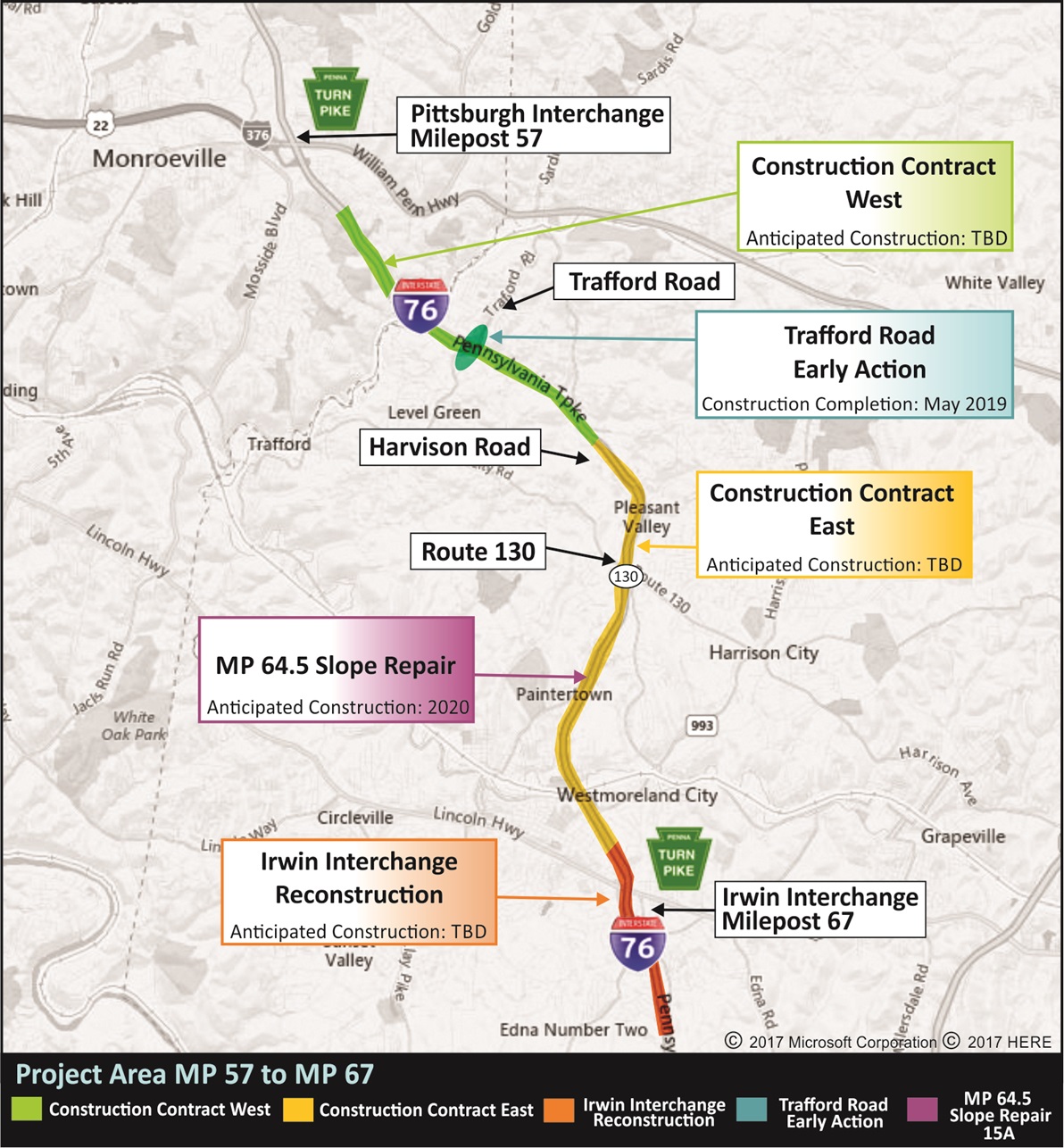 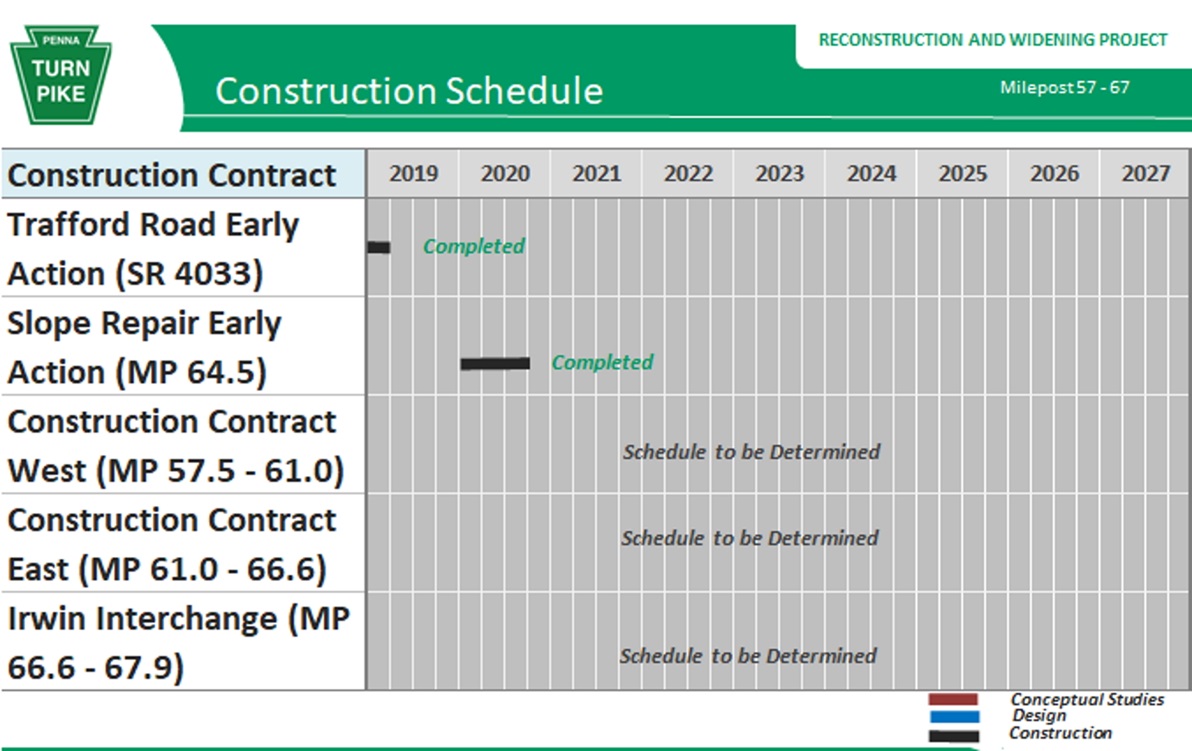