Click on a project to expand for more information.

In the last two decades, the PA Turnpike Commission (PTC) has completed dozens of bridge-replacement projects to ensure the safety and integrity of these critical structures. However, in 2017, construction was completed on two unique bridge-replacement projects, on the Mainline at milepost 20.47, and on the Northeastern Extension at milepost A57.66. They were the first bridges on the 552-mile toll-road system to be replaced using a modern technique called Accelerated Bridge Construction, or ABC.

Accelerated Bridge Construction is an engineering innovation that employs groundbreaking planning, design and construction methods and materials in a safe, cost-effective way to reduce the time it takes compared to traditional bridge-replacement techniques. ABC has been shown to improve work-zone safety for construction workers and the traveling public as well as project delivery time for transportation agencies and bridge builders. ABC also helps reduce impacts associated with traditional bridge projects, including onsite construction time and traffic disruptions.

Replacing a bridge while safely maintaining traffic can be a daunting engineering challenge and a headache for motorists. Traditional bridge-replacement techniques usually involve multiple overnight Turnpike closures, single-lane patterns, cattle chutes and other restrictions over two construction seasons. With ABC, impacts occur over a single long weekend instead of nine to 18 months of intermittent impacts. 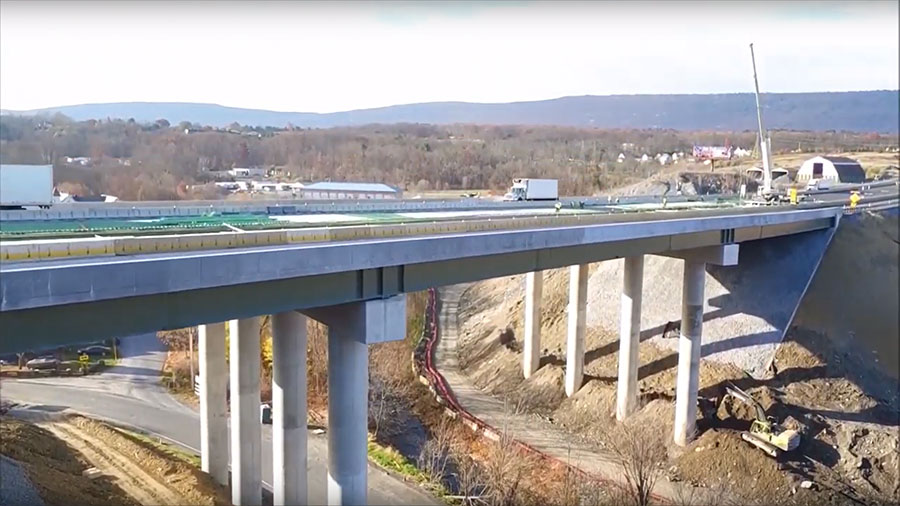 To report an accident or other emergencies on the PA Turnpike, dial *11 on your mobile phone. To learn more about PA Turnpike conditions or to contact us, use one of these resources:

On The PA Turnpike

These projects contribute to the safety and mobility of our roadways and improve travel experiences for our customers.